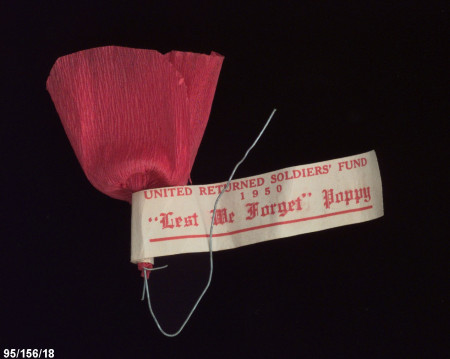 I was with a prospective coaching client recently. We were finishing up our first face-to-face meeting, designed to have me better understand her challenges, and for both of us to determine whether or not we thought we could work well together. I asked a question I often ask at the end of a coaching session: “Where are you at right now?” Her reply was: “Hopeful. You give me hope”.

I was touched and honoured to be able give hope, particularly given the person’s difficult situation, and I was reminded of a couple of stories that have touched me over the years.

The first was a story I heard at the Women’s International Networking conference (www.winconference.net) back in 2005. The speaker was Kristin Lund, a Colonel in the Norwegian Armed Forces. When the Norwegian Army, taking part in the joint NATO forces in the Balkans in the early ‘90s, received orders to move from Sarajevo to Belgrade, Colonel Lund went to inspect their new Belgrade quarters prior to the move. She said:

“They were very dingy and badly damaged from the shelling. There were still some usable flowerbeds, however, and I resolved to bring flowers and plants with us from Sarajevo, to show the local population that there was still hope, and that change for the better was taking place.

“When I returned to Sarajevo I bought the plants and flowers, and set them next to the material to be transported. Space was at a premium however, and we had to make very careful decisions about what to load onto the transports. My commanding officer was very angry about the flowers and plants, and I had to stand my ground, and insist that they be taken with us to Belgrade. He was not happy, and by the time we left, he was still very grumpy.

I selected another woman as chauffeur and we set off in the lead vehicle. At that point, it was taking the other Forces up to 72 hours to traverse the many checkpoints between the two cities, and the route was very dangerous. We drove up to the first checkpoint, and both the driver and I smiled at the armed guards. They looked in the back seat, where they saw a grumpy man surrounded by flowers. They started to laugh and waved us through the checkpoint. This happened at every checkpoint, and we made the trip in only 12 hours, safe and sound”.

I am sure that the message Colonel Lund intended to convey at the WIN conference was about the added value of including diverse perspectives when making decisions. However, a stronger message that I took away from this story is that the role of a leader (or coach, mentor, therapist) is to generate and increase hope. In this scenario, flowers were a symbol of hope, new life and brighter things to come. Colonel Lund felt that presence of the NATO forces as well as the flowers would do much to engender hope among local civilians.