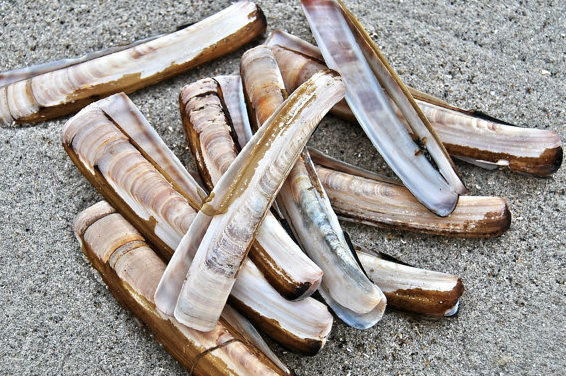 When I was a young child, I spent three years living in Swansea in South Wales.  My mum, who had five kids all in single digits at the time, and whose energy was probably solely focused on our collective sanity, took us to a beach every single day – come rain or shine.

Despite having been only 6 years old when I left Wales, I retain vivid memories of the beaches’ names, and the sights, sounds, smells, tastes and sensations that I associate only with that brief period: large, round, cold, smooth pebbles on Rhossili beach (so much more interesting than a sandy beach!), squiggly wriggly piles of wormy sand by the water’s edge (was it really poo?!); 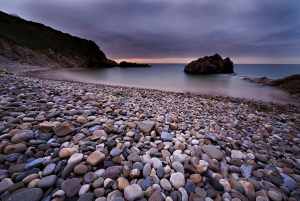 poking around in rock pools for crabs and barnacles; eating vinegary cockles and mussels off a cocktail stick every Wednesday (I drew the line at laverbread); collecting shells that were so polished and fresh on the beach, only to throw them out weeks later as they became dull and rather smelly; and cutting my feet on razor shells, carelessly splaying their long limbs on the sand, catching my playful feet unawares.

I have long loved noticing the beauty of rocks and shells, and I pay especial attention to stones from river beds, beaches, lakes, sea shores, mountain paths – oh, just about anywhere.  On our recent trip to Montenegro, my suitcase was 18kg going out, but coming back I had to share out a few kilos worth of pebbles and stones between the three kids so that I didn’t go over my 20kg limit.

Sitting sipping a take-away coffee on a beach in Vancouver in April 2015, I was spending precious time with Don, already diagnosed with stage four cancer.  As I glanced at the ground I saw a heart-shaped stone, which I picked up and gave to him – a gesture of love and almost thirty years of friendship.  He beamed and said, “Oh – you too find hearts in nature – just like one of my daughters!”  Since then, and particularly since Don died some months later, I find hearts everywhere.  Sometimes I take a photo, sometimes I send it on to his wife or his sisters, and I make sure I have a quiet moment with my memories of him.

For my brother Edward, his wife Alex requested that guests attending his celebration of life bring a stone from wherever they lived in the world to build a mountain cairn.  The cairn was not built on a mountain, but makes for a pretty feature in our small garden, built off a stone water channel.  I suspect that there is no other, quite so diverse, selection of stones to be found anywhere in the world. 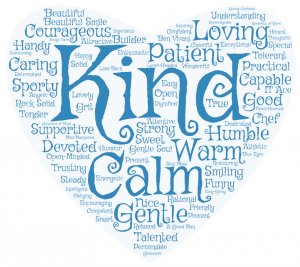 After Mike died, inspired by Edward’s pile of stones, perhaps for their relative permanence, I asked people to find one and inscribe on it a character trait that they associated with Mike.  From these adjectives I created a Wordle heart, and the stones will become a memorial of sorts, embedded in the garden, when I am ready.

Anyway, I digress.  Back to razor shells.

My empathy bank for others’ day to day trials and tribulations remains woefully depleted.  Sometimes, as I notice myself become tense and irritable as I listen to whatever minor misdemeanour has befallen whoever I am speaking with, I can articulate quite skilfully, “You know – I find it very hard to listen to shitty stuff at the moment.  I don’t have surplus compassion.  Can we talk about something else?”  If I am in a group bantering on about not a lot and getting hotly irate about nothing much, I take myself off for a quietly restorative b..r..e..a..t..h..e. 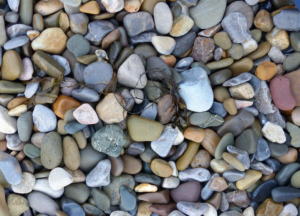 But the geyser blows unexpectedly at times.  Brain short circuits and BOOM!!  Straight to the amygdala.  No time for my depleted pre-frontal cortex to find civil words.

I have come a cropper twice (that I know of) in the past week and am shocked and saddened at the impact my behaviour can have.  Were my bad behaviour intentionally bad, I would feel differently, but when it’s not, I feel shitty.

I have been well out of control, and knew it at the time, raising my voice in anger at a friend who had the misfortune to say, “It took me three whole days to get over a best friend’s death last week”. My reaction was ugly: “Three days?  Three days?? It took you THREE WHOLE DAYS to get over a best friend’s death??!  Lucky you!”  There were (apparently) some f-words and a “shut up” in my outburst.  Memory is a funny thing – I just remember my indignation at the lack of sensitivity and using one f-word.  And yes, I remember feeling very angry and aggressive.  It was not pretty.  That the friend had died at the hospice where both my husband Mike and my brother Edward had died no doubt added to the impact.

A next day discussion of the outburst resulted in a mutually-agreed separation because my friend requested that I always show her respect, (which of course is my intention).  Yet I know I cannot promise not to have a similar outburst again if faced with what I experience as gross insensitivity

I am very aware that this angry, violent side of me (which, yes, has always been there, but is usually more or less kept under wraps), not only seeps out more at the moment, but also explodes with fury at times.

Those closest to me have always known this side of me – particularly my close family – poor buggers.  That it comes out in more banal situations is a new experience for me.  I understand what’s happening and am even fascinated by what triggers me and when.  It shows me the effort that is typically required to keep a lid on inappropriate temper tantrums in day-to-day life.  But mostly it shows me what extraordinarily enormous gifts of tolerance and unconditional love I need from friends as I adapt to my new life.  I have developed a sudden appreciation for drivers exhibiting road rage.  Could I also do that?  Could I sock someone in the face?  Absolutely.

So friends, beware.  I am like TNT at the moment.  How many people in my life can I really count on to see me through, and forgive, hurtful outbursts.  I fear that I cannot even count up to five such people, but perhaps that is already enough.  To be loved unconditionally – not despite my flaws but because of them – that’s perhaps the biggest loss for me since losing Mike.  Along with strong, masculine, not necessarily always sexual, physical strength, touch and comfort.  And love-making.  And partnering to bring up the kids. And partnering to earn money.  And sharing everything from sadness and joy to history and dreams.  Yes, apart from all of that too, it’s being loved unconditionally that might just be the most important thing.  I wonder how many people we can really do it for.  Really love, unconditionally.  One’s partner and kids, I hope at least.  But how many else? 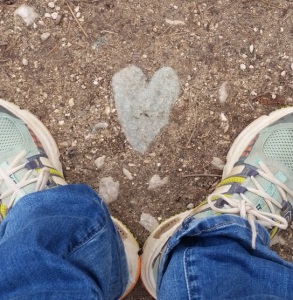 Also upsetting to me this week was when a group of fellow coaches at a learning programme almost unanimously complained about my hurtful behaviour.  One key incident came from a person who simply misheared my words: my cheeky suggestion was that he, who had just given one of my shoulders a sympathetic squeeze, instead give both of my tense shoulders a proper massage.  He heard my invitation instead as a rough rejection of the initial squeeze.  After that, myriad examples of my sharp, aggressive, slapping behaviour were relayed to me by one person after another.  I had no idea.  One person in particular made comments that stung me because I’d felt a strong, affectionate bond with him over the past, impossibly difficult, 10 months.

In fairness, the facilitator, a good Gestalt psychologist, worked to ensure that each person own their projections onto me, and one person said clearly, “this is not my experience of Emma at all”.  But damage was done and I felt terribly shamed and ashamed.  I like to be nice.  I like to be kind.  I am never intentionally horrid or bad or mean, even though I know I can be perceived as horrid and bad and mean.

As we closed out later that day using metaphoric language, I said that I was like a razor shell.  I’d been happily lying on the beach, open and vulnerable but feeling safe, and all the while I’d been inadvertently cutting people’s feet.  So now my shell was damaged and I was slammed shut. 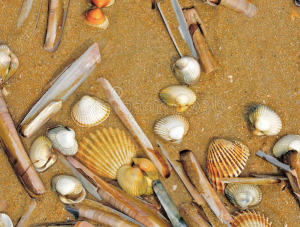 I know enough to know it’s not all my shit, that I don’t have to own all the impact my behaviour has had on others.  But I feel I need to own more than my part when other people won’t own theirs, or have difficulty considering that it’s never all about the other person.  People are not typically very tolerant when they witness unpredictable or unexpected behaviour.  Not a lot of allowance is given – if any.  We expect one another to be super steady, always.  Despite what’s happening in their lives.  Perhaps we expect that the unpredictable behaviour is “managed quietly – noisily if you must – out of sight and earshot”.  We can forget that just because someone is not constantly crying, that they appear to be functioning more or less “normally”, that it’s still taking all of their resources – and even more – just to stay in the room, to sit out the day with something resembling human behaviour.

So thank you to those of you who are demonstrating such skill and tenacity, such depth of love for me, and trust in me.  Stay with me on this journey if you can.  Definitely tell me when I am shitty, and I will apologise as soon as I can gather myself together.  And then tell me that you love me and my shittiness.  That you can see past the shit.  That I do not just become permanently tarnished with the stuff.

Otherwise, beware of getting cut feet if you choose to walk barefoot. 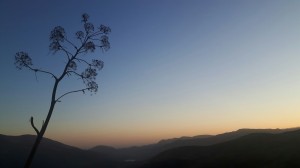